There was a volatile fire outbreak in the Bongo District Hospital’s theatre that destroyed almost everything in the building. Management of the hospital assessed the situation and prepared a short report on the incident as follows: 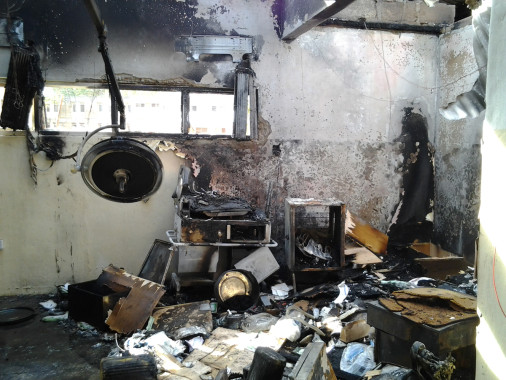 Bongo District Hospital, started as a Health Center in the early 1970's, but was later converted to a district hospital in 2000, without significant improvement to the existing infrastructure. The Bongo Hospital faces many challenges including lost keys, limited accommodation facilities, erratic water supply, unstable electricity supply, leaking roof, poor wiring system, and irregular inflow of revenue.

Since the hospital is financially constrained, management has not been able to undertake comprehensive rewiring of the facility, but rather tackled the problem step by step, starting from the theatre.

The fire outbreak occurred on a Saturday when most equipment in the building was off, except for two fridges and few bulbs for illumination. Though no person was hurt in the fire, it is very regrettable considering the unimaginable extent of destruction caused to hospital property by the fire.

SEQUENCE OF EVENTS ON THE DAY OF THE FIRE OUTBREAK 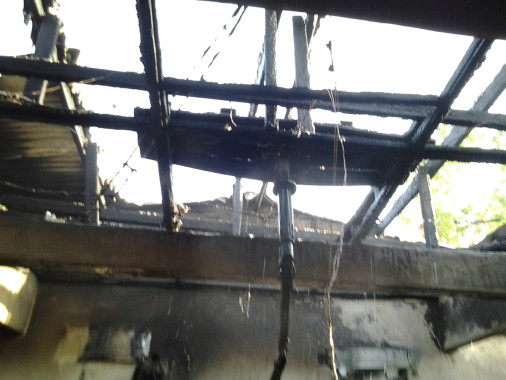 On the day of the fire, most workers of the hospital were attending a funeral ceremony. Few workers were therefore on morning duty at the theatre. According to the morning staff, they closed from the theatre at about 1:00pm and left the place without observing any incident. One of the staff on afternoon duty said as soon as she took over, she smelled smoke in the building. She therefore checked around and realized the main theatre was full of smoke. She quickly called the Fire Service Emergency Number but the operator immediately instructed her to call the Electricity Company of Ghana and hanged up the phone.

Shortly after switching off electricity supply to the hospital, the theatre burst into volatile flames which consumed almost everything in the building. One of the student nurses on clinical attachment rushed to the Bongo District Fire Service Station on motorbike to personally inform them about the problem. The firemen on duty did well by responding promptly and in the matter of ten to twenty minutes, they were right there in the facility, combating the fire. However, that action was a bit too late since everything in the theatre was hurriedly consumed by the fire.

Since the occurrence of the fire incident, many partners have come to the facility to sympathize with the staff of the hospital and see if there is anything they could do to help. Notable among the visitors were: The Bongo District Director of Health Service, The District Chief Executive of Bongo, The Paramount Chief of Bongo , the Regional Estate Officer, Top officials from the Ghana Fire Service, and various media houses. 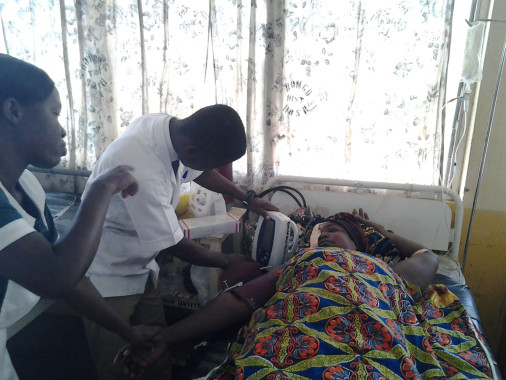 Management of the hospital held an emergency meeting to discuss the problem and the way forward. In that deliberation, a number of proposals were made.

The chosen proposal was to create a mini-theatre using a small room identified in the dental facility of the hospital. The mini-theatre was to care for very critical and life threatening cases. The hospital will however require huge logistic support from the Regional Director of Health Service to be able to create the proposed mini-theatre, since we have lost all our equipment to the fire. Management also planned to write to the National Health Insurance Scheme for their support by paying our outstanding claims in order to help us overcome the situation. The mini-theatre is proposed as a temporal measure, whilst waiting on the Ghana Health Service and the Bongo District Assembly for a more permanent solution to the problem.

Attached is a list of items destroyed in the fire and their estimated cost for your study and further action.

* This version of the hospital report has been shortened and paraphrased for a general audience.

If you would like to help resupplying this facility, you can.