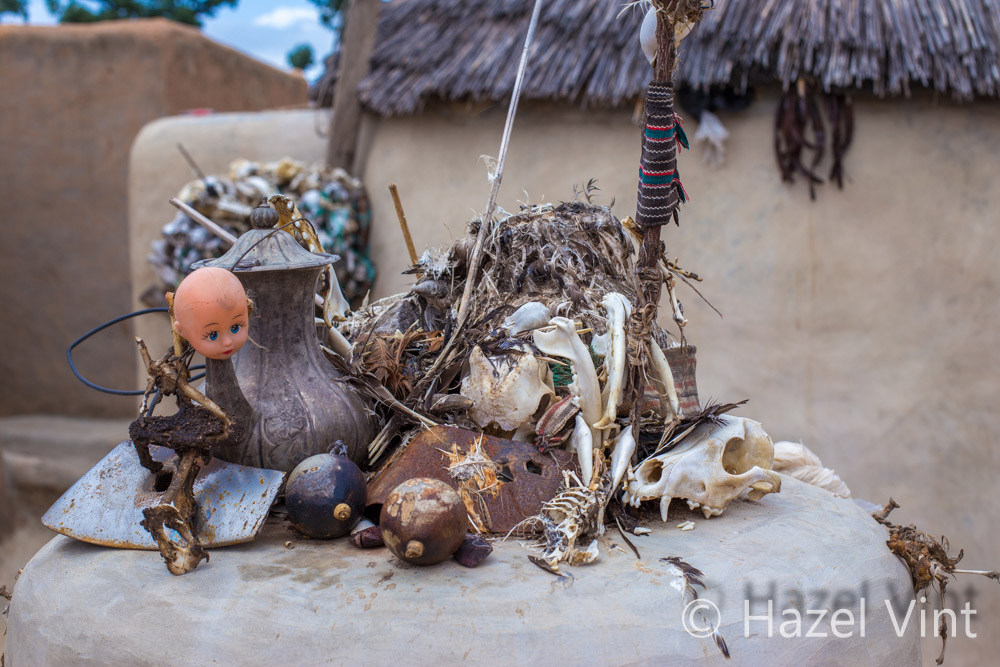 We have all heard about the Traditional Healer, the Witchdoctor and the Shaman, but what do they really believe or practice on millions of African patients every day? Granted a few hours and some questions doesn’t give you a proper insight into what REALLY goes on, but at least I have scratched the surface a little, which is one of my aims whilst being here in Africa and especially in West Africa where the trend for alternative medicine is rife.

It seems that each Traditional Healer has a slightly different belief of what they preach, but quite often these are the initial choices for someone who is unwell over a visit to a hospital. Many people especially in the North of Ghana still have traditional beliefs when it comes to faith, so it’s really not that surprising that this is their first choice. They don’t understand Western medical practices and are rarely explained by a doctor about what is going on, so who can blame them for going to something they know and actually believe in? And in part we know that the Chinese and tribes deep in the amazon have successfully used plants that grow around them for centuries to cure ailments. Surely sometimes these weird rituals and herbal medicines must in fact work or people by now would have lost faith. My theory is that the human mind is such a powerful tool for healing that purely believing you will become well again in many of the cases may actually heal a lot of people’s problems.

Read the full article at HazelVint.com