GMH Interviewed about Bitcoin for the Guelph Mercury

GMH was mentioned in a Guelph Mercury newspaper article about our positive experience using Bitcoin and Dogecoin, in an article about two new Bitcoin ATMs in Guelph.

Guelph-based organization Ghana Medical Help has taken bitcoin donations since October. Web manager Graeme Lewis said they’ve received about 50 donations in cryptocurrencies — including Bitcoin’s counterparts Dogecoin and Litecoin — from users on social networking sites such as Reddit and Twitter. Those donations have amounted to about $150, which the organization is preserving in an endowment fund.

“It’s great for internet commerce because there aren’t any geographical barriers. … There’s a lot of optimism in the cryptocommunity,” Lewis said, adding that he soon hopes to partner with Buchman and Ramsay. 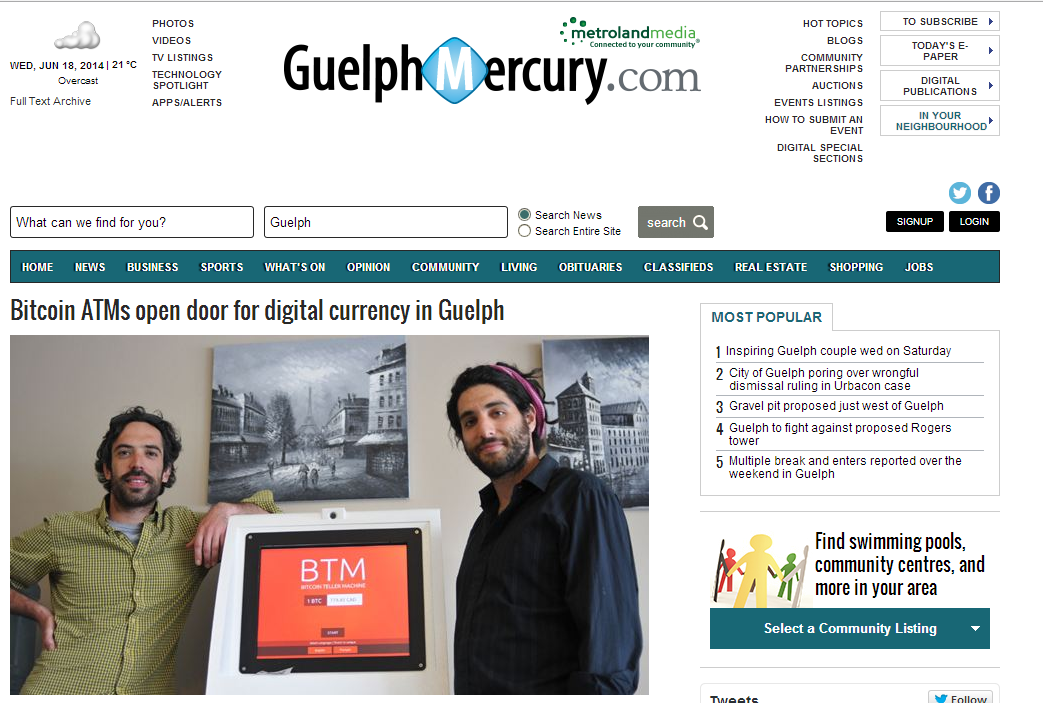